Get motivated as you work on your business by listening to Nipsey, he was worth over a 10 million usd before his death. 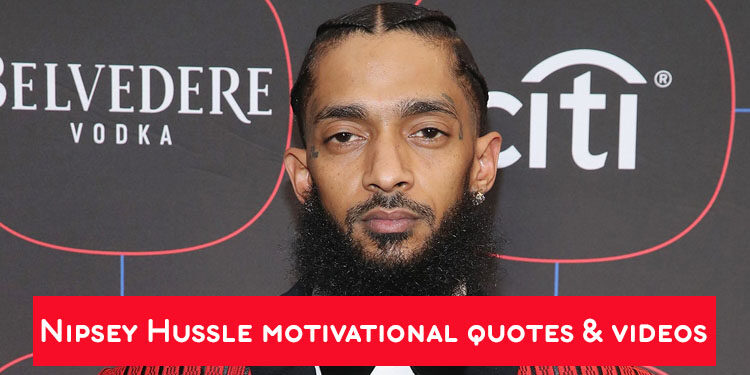 8
SHARES
1188
VIEWS
Share on FacebookShare on TwitterShare on Linkedin

Hello everyone, first of all, let me just say rest in eternal peace to one of the most talented people in our lifetime, Nipsey Hussle, Ermias Asghedom.
What better person to listen help you get through the mud than Nipsey Hussle himself. With a net worth of well over 10 million USD and rising despite his death in 2019 when he was just 33 years old. This brilliant business owner, poet, writer, artist is someone that we should listen to, on top of that whenever we need that extra push to get up and get what needs to be done, done.

We will first start with the most motivational videos and then you can find his quotes below, in case you are wondering, my all-time favorite Nipsey Hussle quote/lyric is, “F** livin’ basic, I’m takin’ risks F** what they sayin’, I’m sayin’ this”. This quote got me inspired to get up and grind every single day. Once you check out some of his video and quotes, you can leave us a comment to tell us your favorite Nip quote whether it be about hustling and getting money or just some life lessons.