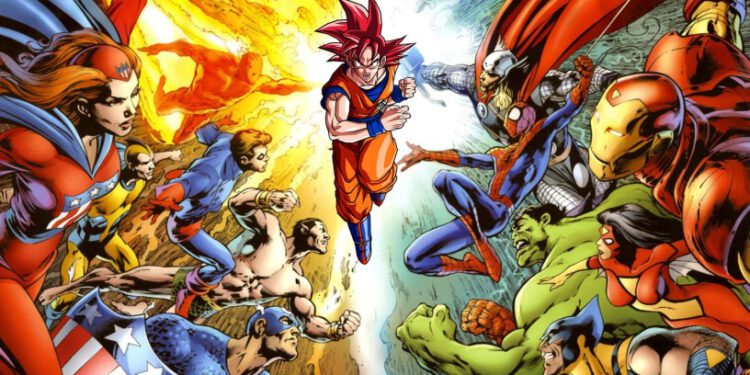 93
SHARES
1262
VIEWS
Share on FacebookShare on TwitterShare on Linkedin

Hello everyone, we have a list of groups for Black nerds, anime fans, comics and gamers that we think all of you who interested in such things like us, will without a doubt love.

It should be no secret that I am a black nerd, in fact, everyone who works at BlackBusinessData.com is a certified black nerd, we love gaming, whether that be on our mobile phones, pc or console. We love anime, from the likes of DBZ, Naruto, One Piece to Black Clover, Eighty Six, Demon Slayer etc, just to name a few off the top of my head. Of course we also love comics, from Marvel to DC and any thing else in between, we love it and we participate in safe black facebook groups that discuss such topics daily.

With the rise of more and more black people loving anime, gaming and comics, there has been an equal boom of tons and I mean tons of popular Facebook groups for black people, in fact, some of the most active anime/comic groups on the entire web are by black people, it’s not a secret when you see black anime memes all over ESPN and the like after they are posted in black nerd groups. So if you are into this stuff, this list will do you good.

If you would like for us to add more groups on this list, please email us at [email protected] and we will respond within a few hours or you can just leave a comment below.

Black Anime Nerds is a community where Black People who are fans of Anime, Comics, and Video Games can be themselves and talk among others who share their interests without being afraid of being judged.

The Blerd Society is the best place to talk all blerd n pop culture related topics like anime, manga, games, sports, movies, comics etc. Don’t be afraid to engage, and enjoy yourselves,

Black & Anime is a group specifically for Melanated beings, you may post anything pertaining to black people, it can be Anime, comics, manga, news, information or your own personal artwork.

BLOGWARTS: School of Black Nerd Culture and Comic Wizardry is a group created as a platform for people of color divulged in the nerd world. From an urban perspective, we intend to showcase, discuss, and inform on comic fandoms, fantasy, science fiction, and more from within the nerd culture.

Black Nerds United is a place for Black nerds to gather to discuss the latest news in nerd culture and celebrate the world of Black Nerdom.

Black Anime Society is a private group of weebs and nerds who have anime related discussions, shares funny memes, videos, black art,manga and gaming, but the difference is we are all melanated.

Urban Anime Lounge is a social community, both online and in-person, dedicated to the Black Geek Culture experience, with a foundation based around anime, manga, comics, pop culture, video games, cosplay, and much more.

The Extraordinary Journey of a Black Nerd

The Extraordinary Journey of a Black Nerd is group with content that must be related to cartoon, comics, video games, and other miscellaneous nerd content. This is also space to share unfiltered ideas and opinions of nerd content.

Black-led Venture Capital Firms that can fund your business